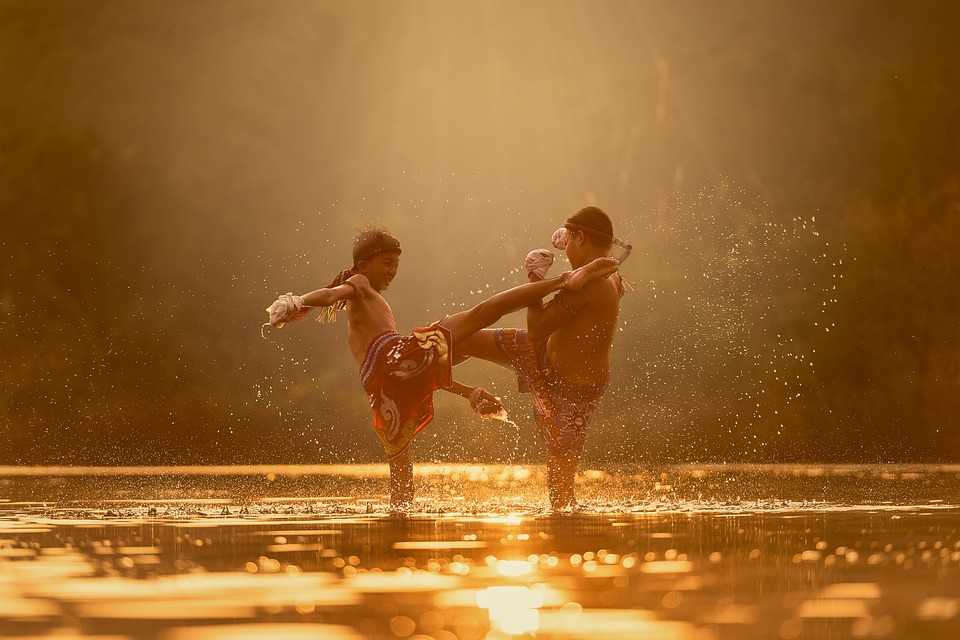 Ever thought about learning a martial art? perhaps after watching one of those classic Kung Fu movies, you may have gained a desire to kick higher than your own height or strike with the power of Bruce Lee. Believe it or not, this desire is not as far fetched as one might think. We are humans and are capable of learning amazing skills with solely our willpower and dedication. But the hardest question to all of this is what is the best martial art to learn?

With are over 150+ forms of Martial Arts to choose from, selecting which to dedicate your time to can be very tricky. The solution is to think about what you are looking to gain from martial arts. Do you want to increase your strength? Shed unwanted fat? Become more flexible or balanced? Knowing what is the best martial art to learn comes down to knowing your goals.

Although all styles of martial arts out there will provide a workout in all levels of fitness, they all focus on specific skills and goals. Here are 11 martial art styles and a run down as to the benefits each one could offer.

“Muay Thai” also known as the “Art of eight limbs” is a combat sport that utilizes stand-up striking, knee striking, kicking & clinching. Simply look at any Muay Thai fighter and you will see that there is some serious work & technique put into this form of martial art.

Muay Thai is a serious full-body workout that will train your strength & stamina like no other due to the superior conditioning along with the execution of technique.

Brazilian Jui Jitsu is a self-defense based combat form of martial art & utilizes lots of Ground fighting, grappling & submission holds. The concept for this form of self-defense revolves around the idea that a physically smaller individual can successfully win against a larger, heavier individual by not focusing on strength, but rather a leverage & weight distribution. It also uses multiple holds to bring the larger opponant to the ground and keep them there until submission.

The martial art known as Taekwondo is characterized by its primary emphasis on kicks such as the Hook kick & Roundhouse kick.

Training for the technique needed for Taekwondo will develop great strength in the core & lower body along with good flexibility in the legs and hips.

Taekwondo’s great for developing cardiovascular endurance, balance, and power to strike your kicks with.

Judo features techniques such as throwing, grappling & pinning your opponent down with various joint-locks.

This is a great martial art for training stamina due to performing these intense moves without rest.

Some practitioners of judo burn 300-400 calories from the training alone, serving as an amazing way to lean down.

Karate is a Japanese martial art form that seeks to develop skills focused on self-defense and counterattacking.

Although Karate does involve striking & attack aspects within its training, it is mostly an offensive sport with a mindset placed in none violence. basically, in karate, you never attack first & would rather prevent the fight before it even begins

Another very important part of karate is the development of one’s morals, mindset, beliefs, and personality.

Krave Maga is a self-defense martial art style that was developed for the Israeli Defense Forces. This training style utilizes a mix of different techniques from multiple sources such as boxing, wrestling, Judo, and Karate.

Krave Maga is a functional form of martial art based on real-life situations. Unarming an attacker of their weapon is definitely a useful skill should the time come.

Fighting with kicks, punches, blocks, elbow, and knee strikes are all part of Krav Maga along with neutralizing an enemy.

Training may also include Bag striking with mitts to develop power in your punches & provide a cardio workout at the same time.

This training style is ideal for those who wish to build up their individual strength, stamina & endurance.

Capoeira was was Afro-Brazilian martial art that incorporates aspects of dance, aerobics & music.

While this form of martial art is quite different than the rest talked about on this list due to its lack of self-defense & striking, It still acts as an amazing form of fitness training that works nearly every aspect of your physical health such as strength, speed & agility.

Capoeira serves as a great way to tone up one’s body and increase flexibility in a fun & musical way as it provides an intense cardio session incorporating head spinning, bending, balance & acrobatic moves.

The martial art form known as Wing Chun was popularized by “IPman” & it has ever since grown a large following.

Wing Chun focuses on developing the skill of lightning-fast striking and blocking with your hands and feet. Blocking & striking will build up your muscle size due to the lactic acid that accumulates within the muscle during this style of training. Not only will Wing Chun build you some muscle mass but it can also aid in training for Coordination as you will have to constantly be moving your arms & legs in different directions.

Power & agility also play a big role in this type of martial art as it demands you strike with enough force and speed to hit your target and immediately prepare for your next move.

Boxing holds its place as one of the most popular forms of martial arts due to its ability to develop a strong, lean & aesthetically pleasing physique.

Despite the major popularity of this form of martial art in many gyms, it’s not for the faint of heart. Boxing takes a tremendous toll on the body due to its incredibly daunting training routine, Which usually includes socking the lights out of either a “heavy bag” (Serves as a great form of resistance cardio) or a “speed bag” (great for developing your speed, stamina & reflexes).

With every strike, your core is being engaged providing you with a functional way to train those abs!

Wrestling is probably the most athletic form of martial art on this list as it does a terrific job of hitting every muscle in your body all at once. this sport will greatly aid in the development of cardiovascular health & muscle growth.

The training required to master the art of wrestling demands patience & dedication but the outcome is far worth the challenge. Wrestling focuses on techniques such as clinch fighting, throwing, grappling holds, joint locks, pins & takedowns.

One major benefit of wrestling is the knowledge you will gain for applying proper nutrition & healthy eating habits. Wrestlers are required to meet weight numbers and knowing what foods build muscle mass is an important factor for size

Mixed martial arts (also known as cage fighting) is a serious sport, one of which incorporates techniques drawn from various forms of martial arts (some included on this list) and many others such as Tai boxing, Krav maga & bjj (Brazilian jiu jitsu) hence the name “mixed martial arts”.

Some MMA fighters burn close to 500 calories per hour during training.

It can also build loads of muscle mass along with a major focus on mental discipline, endurance, stamina & power. MMA is a tough beast to master but it is an art form that strongly builds on every aspect of your physical & mental self.

Pro tip: Deciding what is the best martial art to learn for yourself will reveal your goals and aspiration, in time try to learn them all as each will continue to build your skills. Never limit yourself!

No comments to show.